Triple UEFA Champions League winner, triple Ballon d’Or, champion of England and Spain, European Golden Shoe and many others. Cristiano Ronaldo is already a key part of the European football history. But are these trophies the only reason why Cristiano became one of the most popular people in the world? I would definitely say it is a lot more than that.

He was just a 16-year-old boy when the Romanian coach Laszlo Boloni promoted him to the first team of Sporting CP as a result of his impressive dribbling. Quite soon, this skill became an issue: “He was dribbling too much. I had to educate his game. He wouldn’t have stopped from dribbling and doing other tricks.” This desire is shared by many youngsters playing football and a lot of them are promising prospects. But even from that age Cristiano was different. He had a few values that he praised and strictly respected: working very hard and give all you’ve got during training sessions, love family, praise every member of it and respect and care for teammates as they are family.

How has everything about Cristiano went in the right direction? He didn’t have the best education, coming from a big family with an alcoholic father, one brother and two sisters. Therefore, it is not something that Cristiano gained by time. It is something he had deep inside and that was educated by a select group of amazing people, just as Laszlo Boloni. If Cristiano’s values helped the footballer to follow a successful path and arrive at the top of the football world, these people contributed at the raising of the CR7 brand.

The best know association of Cristiano with a brand is his Nike endorsement that started even before he was paid by the American sports equipment supplier. He has worn the Nike Mercurial boots his entire career and so he did at the friendly match against Manchester United that made Sir Alex Ferguson to sign him. He was wearing Nike Mercurial Vapor I. Then, 2010 was an important year for his relationship with the company as Nike have created signature Ronaldo boots, this being a massive push for the CR7 brand. 4 years later, after the World Cup in Brazil, his fidelity was once again rewarded by Nike with a £14.1 per year deal, due to 2020.

Cristiano Ronaldo is the kind of guy that can sell anything. And when I say this I am looking at the following list with just a few of his endorsement contracts: from haute-couture (Emporio Armani) and airlines (Emirates) to fast-food restaurants (KFC) and soft drinks (Coca-Cola). 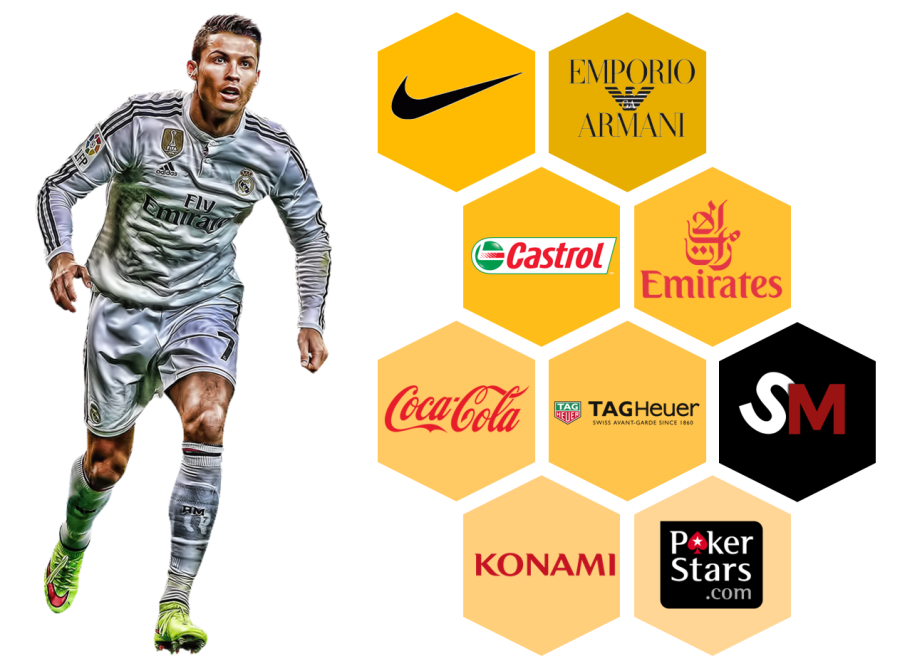 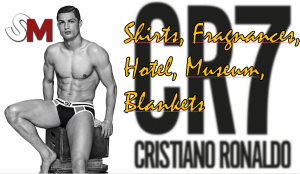 ntinued with big names in their industries such as Herbalife or Clear, but how has Cristiano Ronaldo stepped to the next level? I mentioned earlier the launch of the first ‘CR7’ boots by Nike in 2010. Those were the early years of CR7. With a name as simple as possible: C from Cristiano, R from Ronaldo and the 7 on his back both at club and national teams, it escalated among the fans of the Portuguese superstar. He and his team correctly identified that people simply wanted more and more of him and they tried to supply this desire. Even Cristiano said that after ending his football career, he wants to be more involved in his business, rather than starting a coaching career. And he’s already on his way on building an empire! The hits have been so far CR7 Underwear and Footwear, but the business keeps growing: CR7 Shirts, Cristiano Ronaldo Fragrances, a Pestana CR7 Hotel in Funchal, Madeira, Museu CR7 and even CR7 Blankets recently.

All in all, Cristiano Ronaldo is for me the most successful ‘personal branding’ story in football, rivalled just by the one and only David Beckham. Why has the Portuguese overcome the Englishman? There are a lot to talk about, however I think the major factor is represented by the superior athletic achievements of Cristiano. However, let’s not forget that it is not enough to be the best footballer, in order to become a star, but Cristiano mastered this sport, while his team helped him to establish CR7, one of the best know brands worldwide at the moment.

For those of you interested in seeing some insights from his life, you can check his movie: Ronaldo.

View all posts by andreiangelescu7