The Value of Continuity in the Premier League

Football became a different kind of deal in the Premier League. With huge amounts of money being earned by the clubs from broadcasting and sponsors, the most difficult job in the game is the managers’ role. They are no longer just the leaders of a group of players that need to resonate with each others. These days, they need to also manage the expectations of those who own and lead the strategic direction of their organisations.

For this brief study, I picked seven teams – 6 of them have never been relegated from the Premier League, while the seventh one is the team of the moment in the league – Manchester City. 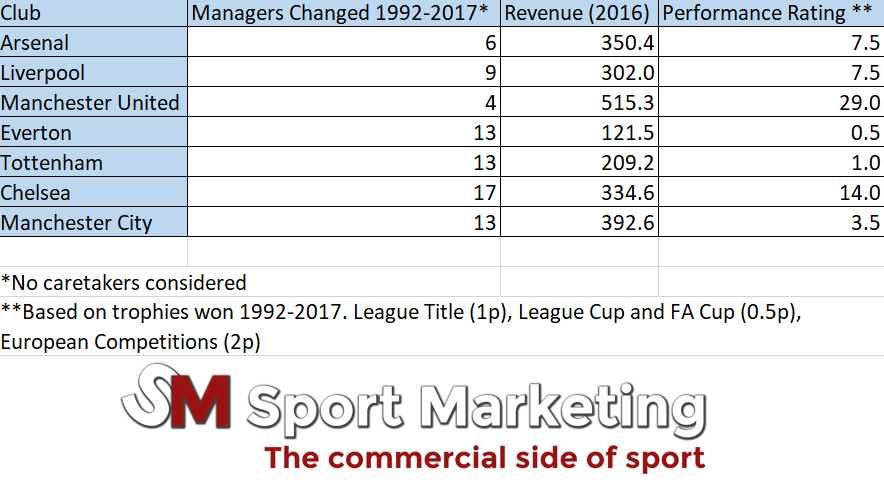 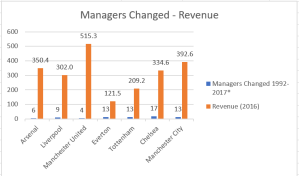 I did the same thing for performance, awarding a score to each club based on the main honours of the clubs. 2 points were awarded for European competitions won, 1 point for each Premier League title and 0.5 for League Cup or FA Cup. The results are the same: negative correlation showing that the less managers a club had, the more successful it was.

The results of these statistical tests might not be completely relevant. However, they say something: a club that changed less managers is likely to perform better financially and to have better sporting results.