Where progress is the only way – Lessons from APOEL

The great collaboration between SBI Barcelona, Result Sports and FCBusiness brought me the chance to take part in another insightful webinar with Marios Christodoulou, Operations Manager at APOEL Nicosia, the club that brought the Cypriot football at the table of Europe’s giants.

Marios, SBI alumnus himself, has been working at APOEL since 2013 and had a really interesting path to his current role, which shows that hard work and commitment towards your goal pay off.

The highlight of APOEL’s recent history is probably reaching the UEFA Champions League Quarter Finals in 2011-12. However, founded in 1926, they have the biggest fan base in Cypriot football and a group of really loyal fans that follow the team all over Europe.

You realise that APOEL is not the regular football club after hearing the three coordinates that compose their philosophy. 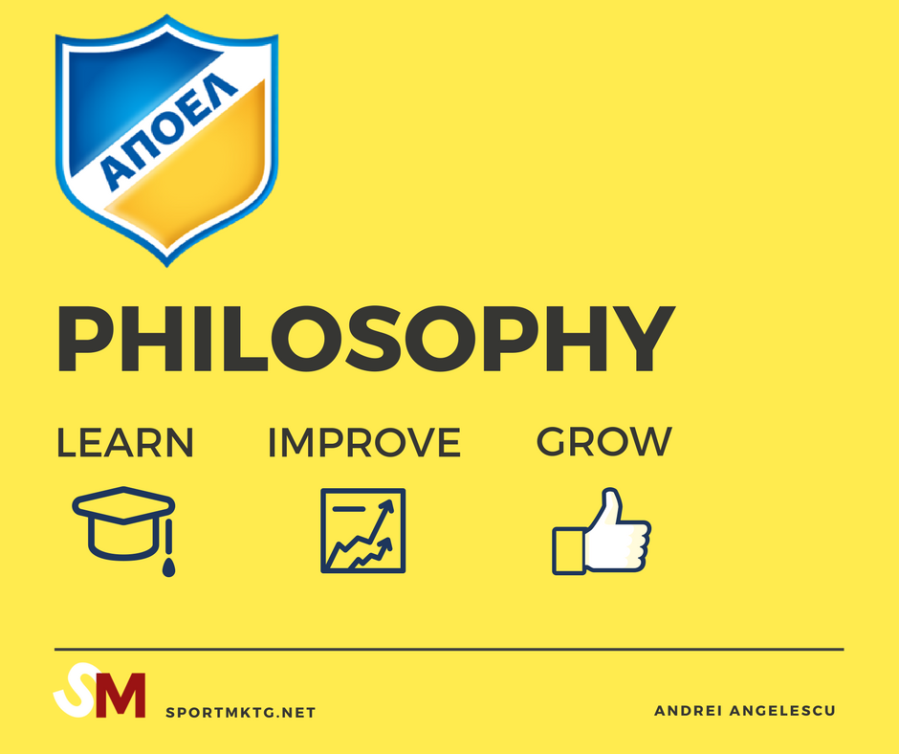 As the club has been experiencing European football in recent years, they saw it as a great opportunity to develop through the best practices of their opponents. They didn’t just face the teams on the pitch. They looked to grow and improve by learning from the giants they faced in European competitions (Real Madrid, FC Barcelona, PSG, Chelsea, FC Porto, Schalke).

APOEL had meetings with opposition’s executives regarding areas as marketing, social media or ticketing. Thereby, the club took advantage of this amazing opportunity, as big clubs didn’t see them as opponents commercially and they were open enough to share experiences and best practices.

Marios was also kind enough to share with us some insights from his role, which is concerned with two main areas: ticketing and safety.

In regards with the ticketing business, the club has been recording a fantastic progress, which made fans’ lifes easier, but at the same time helped the club to keep better track of the fans, eliminating anonymity.

From the fans’ side, a positive aspect is not needing to queue to buy tickets anymore. The proof is that at APOEL’s last European game, against Anderlecht, more than 50% of the fans purchased their tickets online. Furthermore, the fans can use their phone as the physical ticket can be replaced by a QR code, which is scanned at the entrance in the venue.

From the clubs’ side, the implementation of a loyalty scheme facilitated the management of the fan base. A point collection system includes all fan activities such as match attendance, season ticket purchase, club membership, owning shares, purchases from store, travelling in European away matches and other activities. The anonymity is eliminated and this is very important from the safety point of view too. That’s because every fan that wants to purchase a ticket needs to be registered with the loyalty scheme.

As Marios represents APOEL in the pre-match security and organizational meetings, he underlined the importance of these. This exchange of information is extremely important because leads to decisions taken on the spot. Thereby, a lot of preparation is necessary before attending these meetings and the clubs’ official needs to know the answers to questions as:

Thereby communication is key for the safety officer role. That’s because it involves acting like a liaison officer between police, travel agents, safety officers from stadiums, fans groups leaders and try to reach joint decisions. 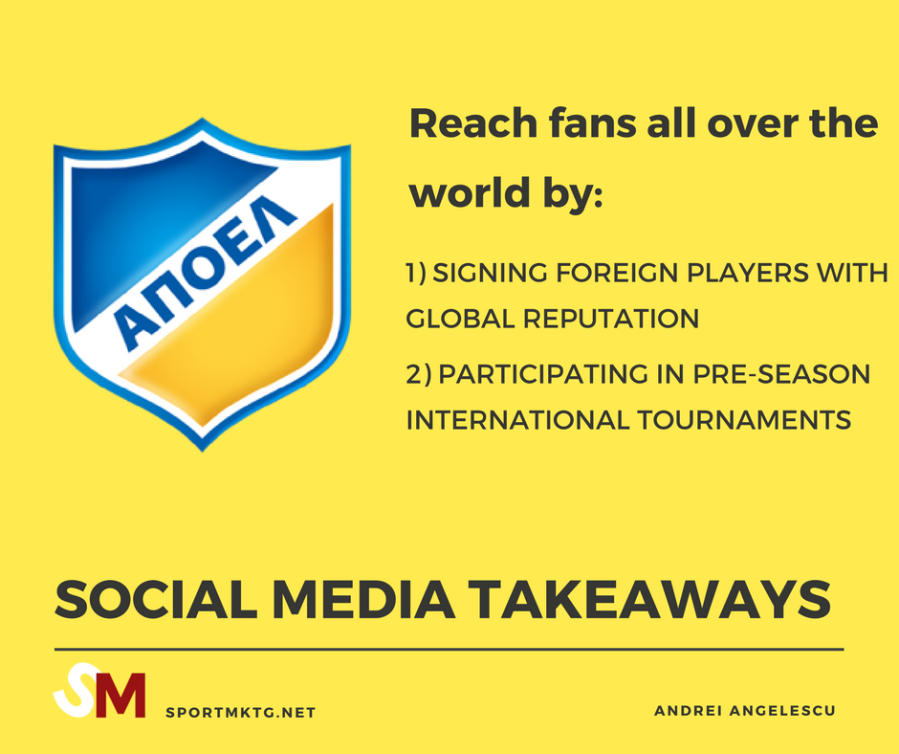 Listening to Marios for 60 minutes gave me a better understanding of how APOEL operates to become a better club season after season. It is not just about the players and their performance, but also about increasing the standard of their operations and increasing the fan-base by making the fans happier at the same time. For them, the progress seems to be the only way. Regarding Marios, his story is also an inspiration for any individual aiming to succeed in the football industry. He got his dream job by continuously learning, looking to meet new professionals in the industry and chasing opportunities, sometimes volunteering.