The Dark Side of the Sharing Economy

Nowadays, ethics is one of the major concerns regarding social media. Many people are subject of abuses, as racism and sexism are easily scattered by users that hide behind their digital anonymity (The Guardian, 2017) and even by public profiles as described in Topic 3, using the case of Justine Sacco. Furthermore, privacy is another big issue and strong reasons are expanded in this video. But what is the context on social media where all these ethics controversies have their own place? The phenomenon is called ‘sharing economy’.

With the development of social media and e-commerce, a new kind of collaborative consumption has emerged and it was labelled as ‘sharing economy’. The two big questions about it are addressed in the adjacent infographic. 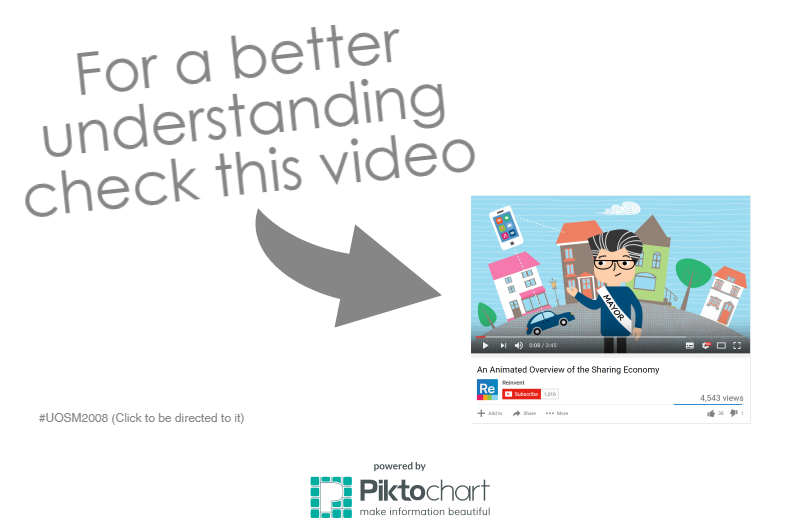 Thereby, this collaborative consumption can be easily described in one sentence… 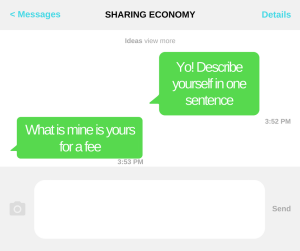 A lot of people have probably used it already, without being aware they became part of the sharing economy. Uber and AirBnb are the success stories of the peer economy as they offered the best answer to the needs of society. Thereby, they built massive companies around the online social space and this led to reaching multi-billion valuation. However how can a person use the social economy to earn money?

Unfortunately, as not everything that glitters is gold, sharing economy developed along with some ethics concerns. One of these is related to security. Both consumers and providers need to be protected, but as discussed in the previous topics, anything can hide behind an online profile.

From the safety point of view, trust currently sustains the sharing economy. Trust that the services that you use are safe and legal (Katz, 2015). Thereby, precaution becomes a priority.

After all, the major problem about sharing economy is represented by the impossibility of Governments to create a suitable legal environment for it. As shown in this European Commission report (2015), the sharing economy has certain big ethical issues, illustrated below. Unfortunately, these ethical issues didn’t pass unobserved and they were often severely punished in multiple locations. At the beginning of 2016, the introduction of Uber in France was considered a passive genocide of taxis (Slater-Robins and Tasch, 2016). Thereby, Paris was shut down by massive violent protests organised by taxi drivers.

It’s obvious that peer to peer communities that share space, goods or labour services in the online social space can be foundation of a new household model, less dependent on employers and more able to diversify access to income, goods and services. However, it comes with a price that makes us question: Are we going to risk our security to take part in the sharing economy?

Jericho, G. (2017) the Guardian: The dark side of Uber: why the sharing economy needs tougher rules | Greg Jericho. Available from: https://www.theguardian.com/business/grogonomics/2016/apr/18/uber-airbnb-sharing-economy-tougher-rules-australia [Accessed 24 March 2017].

The Guardian, (2017) The Guardian: Twitter abuse: easy on the messenger. Available from: https://www.theguardian.com/commentisfree/2014/jan/24/twitter-abuse-abusive-tweets-editorial?CMP=twt_gu [Accessed 24 March 2017].

5 thoughts on “The Dark Side of the Sharing Economy”